You want to get involved in the Opencaching Network?
Antworten
15 Beiträge • Seite 1 von 1

Following our friends in Greece and Romania, we'd like to jump on board from MENA -  Middle East & North Africa.
I am currently based in Jeddah, Saudi Arabia. I am relatively new to geocaching, but in this new project I am getting the support of the "Saudi Geocachers" group which has been in operation for a few years already, but mostly on the GC platform.

While one of the co-founders of the "Saudi Geocacher" and myself have IT skills, we believe it will be best to use the OC.DE server the same way the OC.FR is doing. So we don't want to run on a separate server.
In terms of language, we are happy to stick with English at the moment before embarking into translation to Arabic of the site. ( The Stash note has already been translated as we feel this is a critical thing to do). For North Africa, having French already available is obviously a huge advantage.
So English should be the default language for http://OC.ME
We have recently added half a dozen OC-only caches as well as another half dozen caches in both GC&OC. The first GK was dropped 3 days ago.

The domain is registered and pointing to the .de servers. so we've done the easy bit.
Sooooooo, now .... how do we take this further?
- Can you confirm we are welcome on the .de servers?
- I understand the heavy-lifting needs to be done on the .de servers ... still, how can we help?
- how quickly can we get the .me up and running?

hello Fabrice,
welcome on board from the technical team...

to have the oc.de server answer to requests for opencaching.me you have to set the dns records accordingly (either a-records or to automatically follow in case of change cname-records):

in the next days (hopefully tomorrow), i'll adjust the webserver configuration to match the new domain and add the names to the ssl-certificate...


as far as i remember, the guys from development have to adjust some things in the platform configuration, here you should ask ClanFamily (Mirco) or teiling88, they'll tell your what they might need... 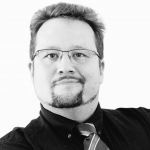 We did the Setup as fast as possible.
There is a option to set default language and center of map.

Where should we set the center to?
V.A.E. !?
Mit feudalen Grüßen,
Mirco aka Clanfamily
- Vorstand -

Dear Bohrsty,
I had created the 2 * A records already 2 weeks ago .

Dear Mirco,
I would suggest center it on Riyadh, the capital city of Saudi Arabia.
that's not where I am ( I'm in Jeddah ) , but this seems to be where there are the most Caches at the moment. more than in Dubai, UAE.

Mirco,
I tried to give more thoughts to your "center of the map" question.
The region we set a goal to cover is MENA. 2 difficulties: 1) we currently don't have a reach to people in all those countries. 2) MENA is not even an official term with clear boundaries.  The Navy-blue map shown on https://en.wikipedia.org/wiki/MENA is probably a good definition.
The geographic center of the green map could be calculated scientifically and might be in the middle of the Red Sea

I don't have access ( maybe someone can tell me how to do that ) to the stats of each of the MENA nor even GCC countries, but it would seem that  NorthAfrica cache density is less than the MiddleEast density.
So let's stick to MiddleEast right now. and since I am in Saudi, let's center it in Saudi and it's capital Riyadh.
I guess we can revisit that political decision later as we grow.  (Interesting to note that in 2009 the GCC Single Currency project was dropped because the 6 countries didn't agree on where to put the central bank .  ref: https://en.wikipedia.org/wiki/Khaleeji_(currency) ) . We'll try to be wiser when that time comes :-p

hello Fabrice,
i adjusted the server configuration and (www.)opencaching.me is accepted... but until the platform configuration isn't adjusted, all requests are redirected to www.opencaching.de... so be patient with the guys in development...

@bohrsty: It is a redirect? So it switched the domain?
What happens with .fr !=? I have "to many redirects" on my attemp. (Chrome | http)
Mit feudalen Grüßen,
Mirco aka Clanfamily
- Vorstand -

[quote="ClanFamily (Mirco)"]
@bohrsty: It is a redirect? So it switched the domain?
[/quote]

not in apache configuration, it is only an accepted domain...

[quote="ClanFamily (Mirco)"]
What happens with .fr !=? I have "to many redirects" on my attemp. (Chrome | http)
[/quote]
i don't know, if i do a wget on my linux console, it shows the following:

so hsts pulls the browser to https and gets an 302 answer where obviously the target is http...
but: the redirect logging in apache tell me, that there is no redirect back to http, so the only way is the code... can you see anything there?
gruss Nils (bohrsty)

Hi Team,
Can I be a pain in the neck and ask for an update ?
thanks.
Nach oben

Hi;
there is no pain

Thomas just finished his update on our OKAPI wich has a higher priority.
We will now insert ME in our country selection.
Mit feudalen Grüßen,
Mirco aka Clanfamily
- Vorstand -

Great, Thanks!
Looking forward to the next steps now

Hi Fabrice,
i just want to let you know - that french is now installed to our forum.
Can you check this !?
Mit feudalen Grüßen,
Mirco aka Clanfamily
- Vorstand -

opencaching.me doesn't have dns entries any more and Fabrice doesn't answered my pm... without the dns entries we cannot renew our certificate, so i'll remove the domains from certification until there will be correct entries again...
gruss Nils (bohrsty)

I am in contact with Fabrice (fablab) via whatsapp and forwarded Your posting to him.
Nach oben

Dear all,
Sorry for the long delay to reply. I haven't logged in in months.
You can remove oc.me from the certificates
Thanks
Nach oben
Antworten
15 Beiträge • Seite 1 von 1